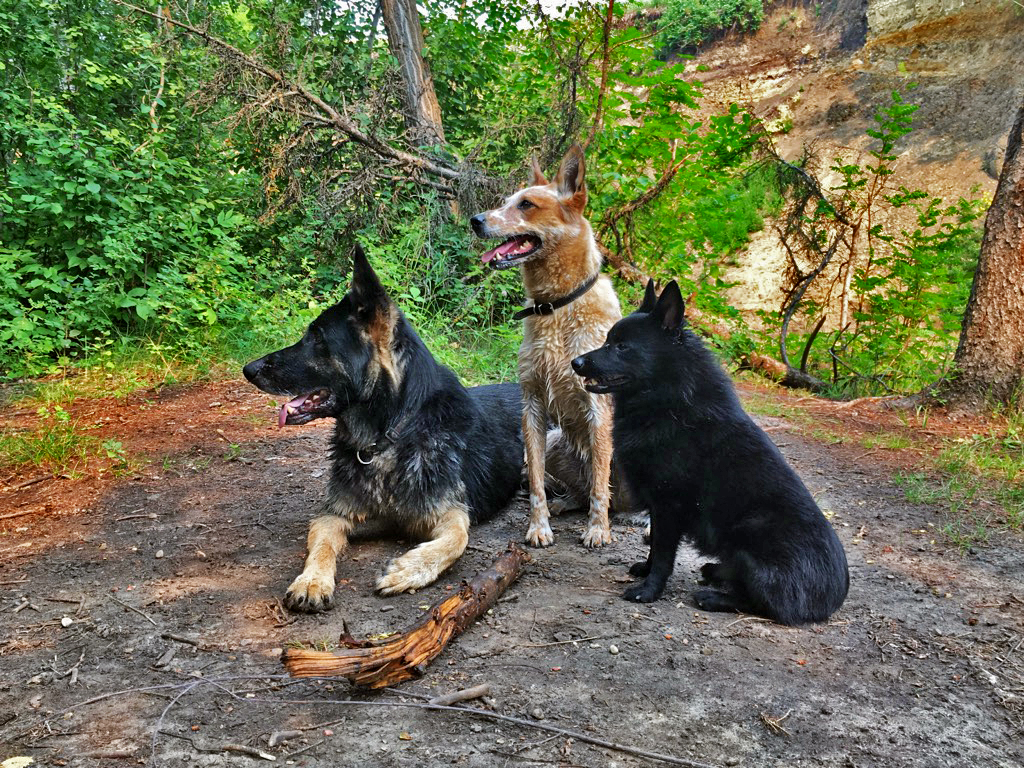 How well do you and your dog communicate? Learning a basic foundation of communication and vocabulary can help instill a strong relationship between you and your dog. Both you and your animal may become frustrated if they can’t understand what you are trying to tell them. They don’t know our language, and people often miss the cues that their dogs are using to communicate as well. Learning how to communicate can lead to better, more solid training and a stronger foundation to build a relationship on. The stronger your communication skills together, the better training progress you’ll be able to accomplish together.

People communicate with words and expressions, but also subconsciously with other body cues that we are not always aware of. Dogs will listen to all of those cues, including the ones that people aren’t aware they are making. This is why it’s important to be conscious of your tone, posture and body language while training.

Dogs communicate clearly to each other with body signals. A dog may yawn when tired, but also when it’s afraid, uncertain, or as a signal to another dog that it wants a peaceful interaction. Lip licking is another signal that may communicate different behaviors. It could mean the dog just ate something delicious, or it could signal over-excitement, fear, or as another calming signal to another dog. Watching for these signals in a dog is important to know where they’re at and to know when to intervene. If the dog is clearly not having fun in a training session and is showing signs of stress, the training session has likely gone on too long already. Causing stress during training won’t result in nearly the same level of success as a fun session that ends on a high note. A fun session will ensure that the dog will be attentive and ready to try again next time. A session that’s stressful will likely lead to a less engaged, distracted session later.

One of the most common mistakes seen is repeating cues. If the dog doesn’t know it the first time, it won’t know it the fifth time. Or, if the dog DOES know the command, repeating it may lead your dog to think that the first requests are optional. Your goal should be for your dog to perform a cue with a single command every time. Train the behavior, and then progress with a cue once they know the action you want them to perform. In this way you begin to build on vocabulary which can be used for further training. Associate words with actions: “Dinner” when feeding, “yes” and “no” are some of the most common words that people automatically use in situations where the dog will pick up on the meaning quickly. Building on that vocabulary with either verbal cues or hand signals will help guide your dog to learn more as training progresses.

Consistent marking can also be a challenge. When the dog knows when it achieved success, it is more likely to repeat the behaviour. Failure to cue the proper moment can lead to a miscommunication and frustration. Clickers have been a common tool used by many people to mark that moment, but for some people they are more cumbersome and they prefer to simply mark with a verbal cue, such as “yes”. Everyone has their preferences, and it may take a bit of time for each individual to find what works for them. Whatever you use, try to time it with the exact moment of accomplishment.

It’s also easy to push too far, too fast. Someone may feel that their dog has learned their new command, but by increasing difficulty too quickly the dog may become confused and fail to repeat the desired behavior. A good example is a dog that sits like a pro at home, but when they are taken out of their familiar environment they may seem to suddenly be stubborn and won’t perform the task. It may not be a case of being stubborn afterall, but they are surrounded by unfamiliar scents and smells and may need to go back to basics to relearn the command in a new environment.

Another common mistake that’s seen frequently is when people give a string of words to a dog. It’s common for people to talk to dogs, but it’s generally known that while the dog seems to pay attention, they don’t actually know what their person is actually saying. If you want a successful response to a command, keep it simple. For a known task, say the command once, and give your dog time to figure out that you mean it. If the dog doesn’t respond quickly you may need to backtrack and retrain again. That’s ok! Small, steady steps forward will get you much further than leaps in bounds in the wrong direction.
Knowing how to communicate with dogs takes practice, and does not happen over night. It is always a good idea to check in with a professional dog trainer if you are unsure of what to look for. They can help you understand what your dog is saying to you. Knowing how to read your dog will help build a level of trust that makes training easier for both of you.

Drop us a line!